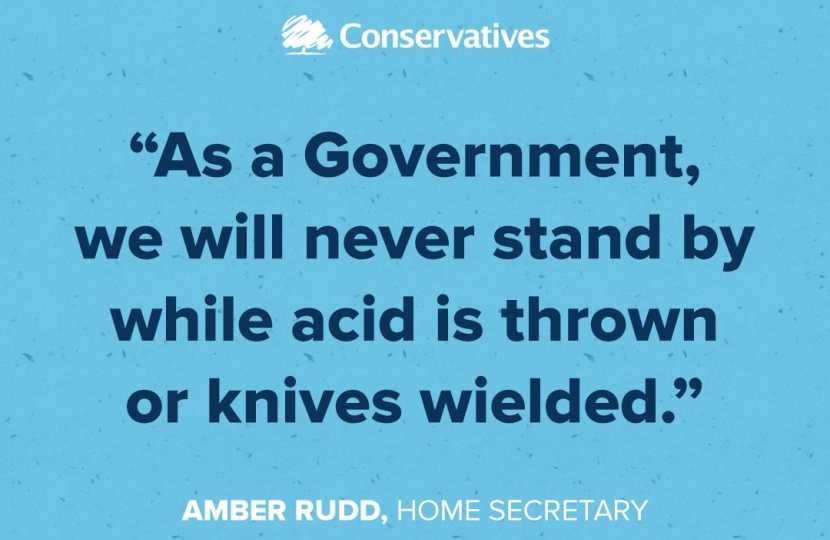 Commissioned by the Home Secretary and backed with £40 million of Home Office funding, the government’s first Serious Violence Strategy marks a major shift in the government’s response to knife crime and gun crime.

It strikes a balance between prevention and robust law enforcement with a new £11 million Early Intervention Youth Fund for community projects to help young people live lives free from violence.

The strategy identifies the changing drugs market – in particular the devastating impact of crack cocaine – as a key driver of the violence harming our communities and announces a range of powerful actions to tackle the issue of ‘county lines’ and its implications for drugs, violence and exploitation of vulnerable people.

"This strategy represents a real step-change in the way we think about and respond to these personal tragedies, these gruesome violent crimes which dominate the front pages of our newspapers with seemingly depressing regularity.

A crucial part of our approach will be focusing on and investing more in prevention and early intervention.

We need to engage with our young people early and to provide the incentives and credible alternatives that will prevent them from being drawn into crime in the first place. This in my view is the best long-term solution.

Because what better way to stop knife crime than by stopping young people from picking up knives in the first place?"

The strategy stresses the importance of early intervention to tackle the root causes of serious violence and steer young people away from crime in the first place, while ensuring the police continue to have the tools and support they need to tackle violent crime.

It states that about half the rise in robbery, knife and gun crime is due to improvements in police recording. For the remainder, drug-related cases seem to be an important driver. Between 2014 to 2015 and 2016 to 2017, homicides where either the victim or suspect were known to be involved in using or dealing illicit drugs increased from 50% to 57%. Crack cocaine markets have strong links to serious violence and evidence suggests crack use is rising in England and Wales due to a mix of supply and demand factors.

The strategy sets out how drug-market violence may also be facilitated and spread by social media, with a small minority of people using social media to glamorise gang or drug-selling life, taunt rivals and normalise weapons-carrying.

"We will take the comprehensive approach necessary to make sure that our sons and daughters are protected and our streets are safe.

As a government we will never stand by while acid is thrown or knives wielded.

I am clear that we must do whatever it takes to tackle this so that no parent has to bury their child."