GOING DOWN THE TUBE 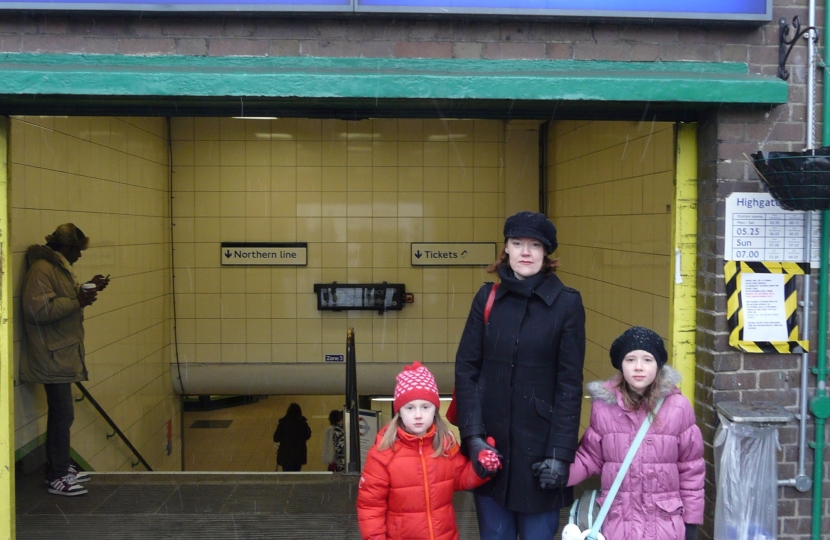 “Commuters are getting fed up with the continuing lack of a down escalator at Highgate Tube station” says local mum, Kay Carter. And there's worse to come. Mother of two young girls, Kay is a frequent user of Highgate Tube where one of the only two escalators serving platform level has been out-of-service (OOS) for months as part of a seemingly endless project Various London Underground (LUL) notices confusingly say that it will be back in service in mid-June or mid-October and that “replacement” takes at least 5 months whilst “upgrading” takes up to 30 weeks. With the up-only escalator to Archway Road next in line to be put OOS, and the overall project running late, local Conservative Kay has now written to Boris Johnson, and to the boss of LUL, asking what can be done to accelerate the scheme's completion. Climbing the steep path to Wood Lane is no fun after a day's work! Kay has also sought an assurance that the work on Highgate's escalators - which started in 2012 - will not be allowed to slip into 2014.