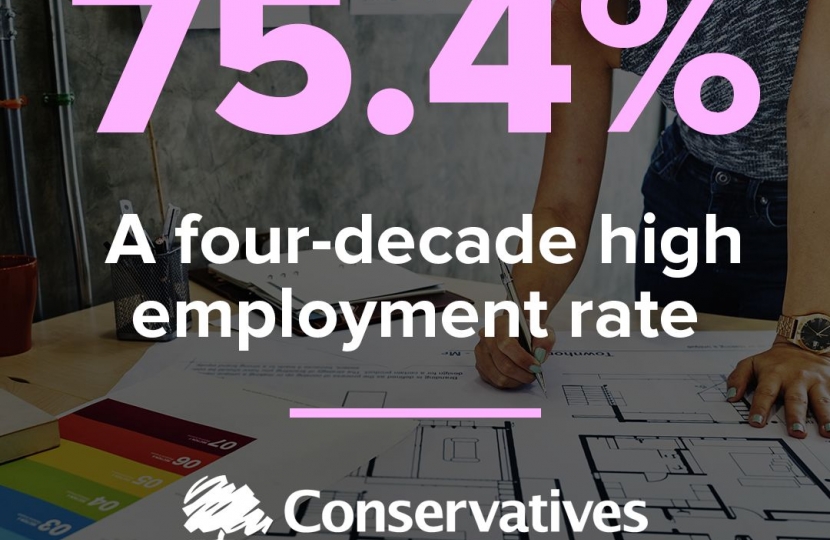 New jobs figures today show wages are ahead of prices, meaning more money for hardworking families, but there is still more to do to build an economy that works for everyone.

Today’s figures also show the rate of women in work is at a record high, unemployment is at its 40-year low, and the number of young people out of work is down by over 400,000 since 2010, so more young people have more money in their pockets.

The Conservatives are working to make sure that our economy remains strong so we can continue to create better, higher-paying jobs for everyone. Labour’s reckless plans for the economy would put all of this at risk.

· Wages are rising faster than prices – this is good news, but there is more to do. Wages rose by 2.8 per cent in the three months to February, stronger than February’s inflation of 2.7 per cent.

· The rate of employment is 75.4 per cent – the highest since comparable records began in 1971.

· The number of people working full time remains close to its record high.

· With over one and a half million more women in work since 2010, the female employment rate is at a new record high of 71.0 per cent.

· The number of unemployed people increased by one million in Labour’s last term in office.

· Youth unemployment rose by 44 per cent under Labour – meaning young people were not getting the skills they need to get on in life.

· The number of households where no member had ever worked nearly doubled under Labour.

· No Labour government has ever left office with unemployment lower than when it started.