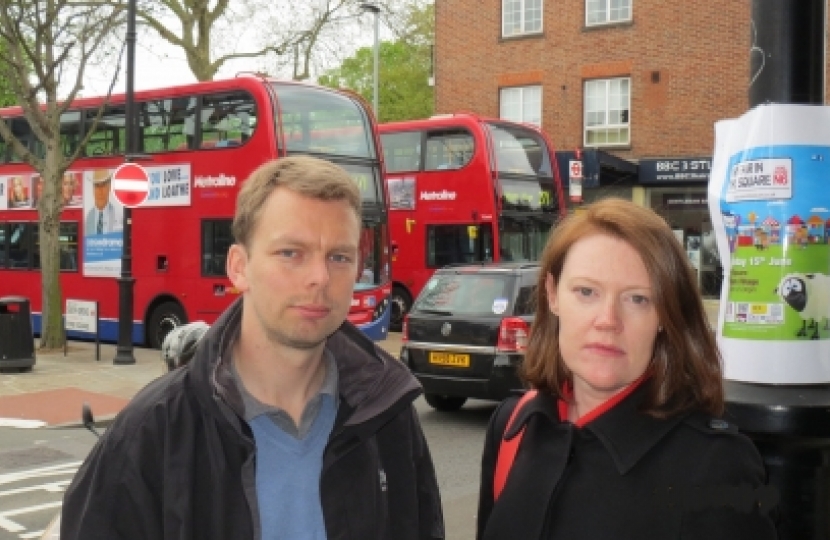 In our last newsletter we highlighted the safety and environmental problems concerning the 271 bus turnaround in Pond Square. On 25 June, Antony Denyer, a local Conservative and Highgate resident, led a deputation to a public meeting with Transport for London (TfL) at Swiss Cottage library to press the case for change.

When challenged on the practicalities of placing a twin double-decker bus turnaround in one of London’s last-remaining urban villages, TfL’s spokesman said that its responsibility was “only to passengers and not to residents”. Highgate Conservatives reject the idea that TfL does not have a duty of social responsibility to local residents, and will be fighting on their behalf to find alternative solutions that retain important transport links without creating an eyesore in the middle of Highgate.

TfL admitted that local Conservatives’ idea of moving the turnaround down to the Esso garage on the A1 was practicable, but alleged it would cost £400,000 ayear. However, we believe that TfL must make a more serious effort to find a socially and environmentally acceptable solution for Highgate residents.

Conservatives will not give up on this issue. We have written again to Boris Johnson, challenging TfL’s narrow view, asking to see TfL’s costings, and urging the Mayor to use his executive powers to overrule TfL’s blinkered bureaucrats.