Haringey council has been under Labour control since 1971 and as such, Haringey is a borough in decline. It has consistently been among the highest rates of poverty in London. Our high streets are in need of regeneration. Crime has become a terrifying issue.

Haringey is blighted by serious and violent crime, with eleven murders in the borough last year alone. With fatal shootings and stabbings making the borough a perilous place to live. Local councillors of both Labour and the Liberal Democrats appear unwilling to tackle the wider issue; An issue that ultimately impacts us all.

We have a plan for the whole of Haringey, not simply the nimbyism that has led to such a stark contrast in inequality between the east and west of the borough. Together we can foster the change necessary to make Hornsey and Wood Green, and the whole of Haringey, a place that every resident is proud to call home.

Haringey is a borough with more potential than most other areas of London, but not under this Labour-run council. 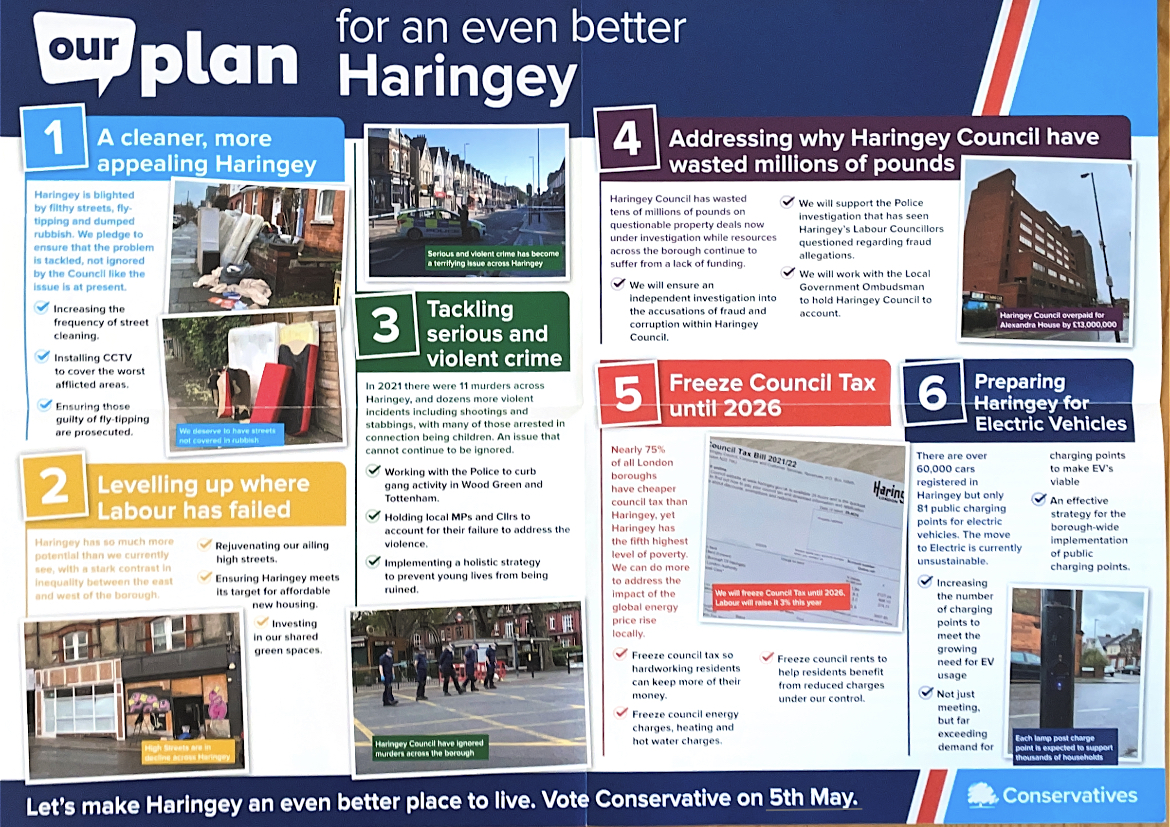 We have a six point plan for a better Haringey