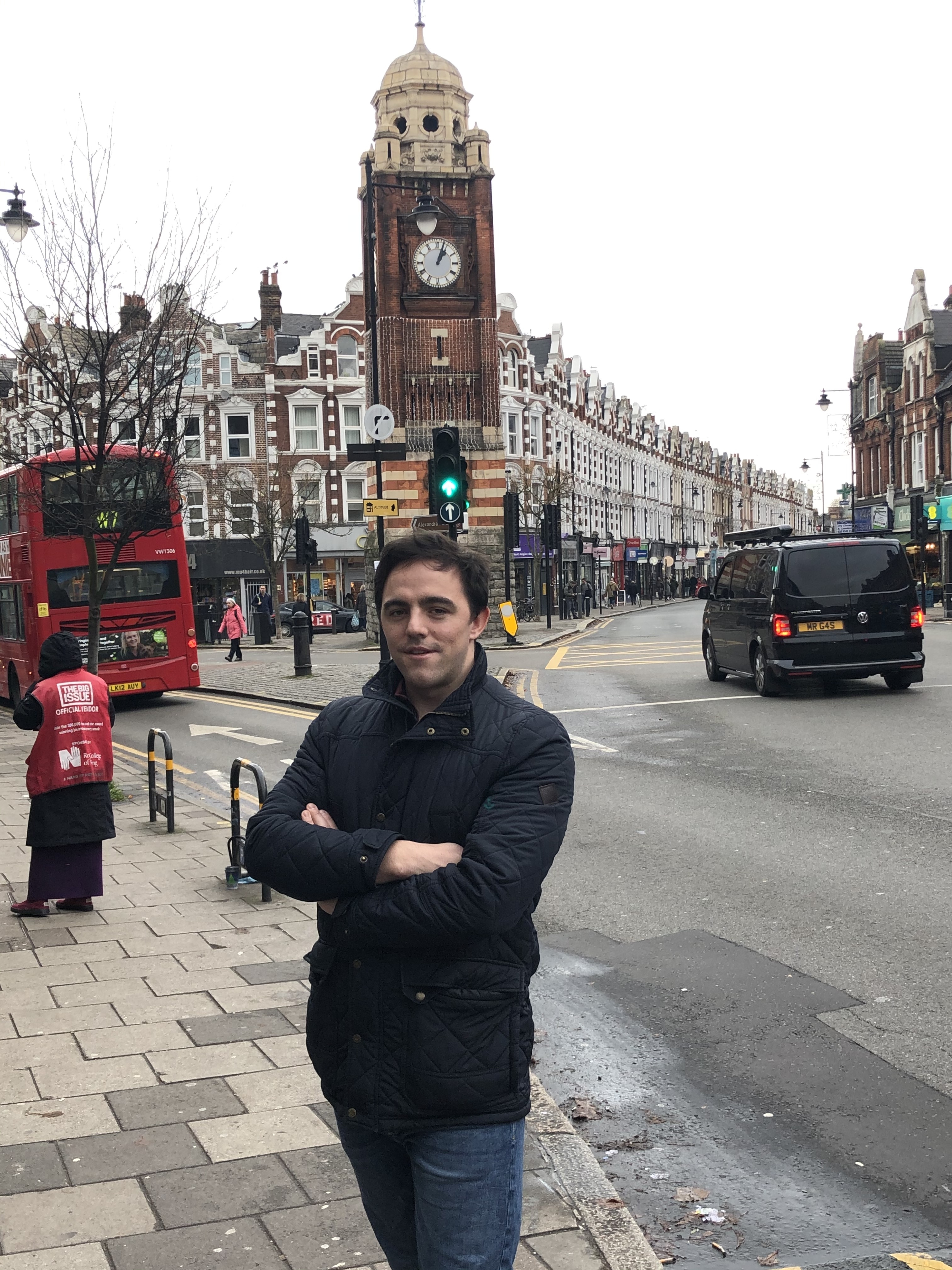 Ed McGuinness grew up in Belfast in the 1990s and early 2000’s during the transition from the Troubles to a lasting, but vulnerable peace. It was during this time he realised the value politicians can make to a country and community. During his youth, Conservative values of hard work and public service were instilled in him notably by his mother and father; a teacher and an accountant respectively, who gave a strong sense of family and community.

Through school, and mostly through the influence of the Combined Cadet Force, Ed developed a keen interest in the military and, whilst studying Mathematics at the University of St Andrews, in Scotland, he commissioned into the Territorial Army (now known as the Reserves) in 2010. Following graduation, Ed was selected to attend the prestigious Royal Military Academy Sandhurst and commissioned as a regular British Army officer in August 2012.

During his six years in the Royal Artillery, Ed deployed to Afghanistan in 2014, running an intelligence gathering platform to secure the withdrawal of British Forces from Helmand. Following this he went on to lead teams in Kenya and in Canada. Ed finished his regular military service in 2018 as a Forward Air Controller, leading a team of specialist soldiers to co-ordinate the airspace in a highly pressured environment – a role he considers a highlight of his career. Speaking of his military career Ed says, “leading the fine men and women of the British Army was a true privilege, I learned so much from them and their capacity for selflessness is astonishing. It has shaped who I am today”

In February 2018 Ed moved to Islington, NE London, and began to work for a leading financial services company. Ed also become active in his local Conservative Federation. Quickly taking on the role of deputy Chair Political, Ed also ran in the local London Borough Council elections in 2018 and was the Federation transport spokesman. In late 2018 Ed become the Treasurer of the Federation and in February 2019 was elected Chairman of Islington Conservatives. During this tenure Ed has been a passionate advocate of his local area, but also has taken the lead in the NE London GLA campaign as co-Chair. Ed is also active in the community as a school governor.

Ed, feels a strong sense of belonging in NE London and says, “NE London is where I moved too first when I left the Army. The sense of community and belonging I feel here is truly excellent and I am proud to represent the Conservative voice in this area.”

In his spare time Ed likes SCUBA diving, running and making models  of aircraft (when he is allowed to by his less than enthusiastic other-half!)

In November 2019 Ed was selected as the Conservative candidate for Hornsey & Wood Green. As MP for this constituency Ed has pledged to deliver on the following pledges:

Tackling the increase in serious violent crime
Under Labour in London violent crime is now out of control. I will secure our share of the 20,000 additional Police officers that only the Conservatives will provide. Ensuring a safe environment for you and your family.

Supporting small business
Only a Conservative majority government will extend the retail discount on business rates to 50%; boosting the local economy across Hornsey & Wood Green. Protecting our High Streets which are the heart of our community.

More money in your pocket
Being in work should always pay. The Conservatives commit to ending low paid work altogether by raising the National Living Wage to £10.50/hr and reducing the eligible age to 21 in recognition of the talent in our workforce.

Funding Further education
Commit to fight for our share of the £400m allocated to 16-19-year olds, for improving further education and Sixth Form colleges.